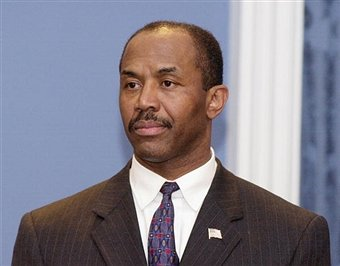 “In an age where crime and terrorism know no borders, training initiatives are more important than ever.

Lindsay Eason is a professional with nearly four decades of training and experience in developing and delivering local and international law enforcement training.

Mr. Eason’s law enforcement background ranges from Police Sergeant in the New York City Police Department from 1973 – 1996 to being appointed by the mayor as the Sheriff of New York City in 2002. His most recent work with Tajikistan Police Academy confirms his effectiveness and demand for his work is continuing to grow. With his professional repertoire, he is undoubtedly committed to re-investing his knowledge into future local and international law enforcement programs.

To develop his coursework, Mr. Lindsay Eason has done extensive research to better understand how people learn, interpret events and make decisions – skills that are crucial in high-stress, life-threating, safety and security situations. Then, he translated that knowledge into techniques to help his clients make smarter choices. He believes in identifying and helping people to overcome obstacles that inhibit them from making everyday decisions like exercising more, working more efficiently or using technology safely. He uses psychological science to help people tap into their potential and help them perform at an optimal level.

Mr. Eason’s proof of effectiveness is undeniable. His contract with Emergence Group (TEG) to design and implement training for police departments in Dushanbe, Tajikistan and surrounding provinces resulted in courses on Community Policing Partnerships, Use of Force, Unarmed Self Defense Tactics, Leadership Decision Making, as well as Traffic Accident and Management. During his tenure in the Sheriff’s Office, there has been increased operational effectiveness, efficiency and transparency because of his development and implementation of the SheriffStat, a performance management system used to evaluate and improve performance by using data to focus on results. The system led to new procedures that promoted greater accountability and professional development among Sheriff’s Office employees.

Because of his duties as an Executive Security Specialist for Michael R. Bloomberg, Mr. Lindsay Eason understands the intricacies of enhanced security protection. Mr. Bloomberg trusted him to organize his security team after 9/11 and kept him as a public safety and security advisor. Now, Mr. Eason is sought after as a guru in the protection of high profile, public figures.

Lindsey Eason’s work is the result of a tireless passion for teaching, leading and public safety. His range of training and professional assignments qualify him to consult on issues of safety and he intends to leave this mark on society.