By now we all know that Pop Smoke was murdered, via home invasion by five men in hoodies, during the wee hours of February 19, 2020

During a recent business trip to Los Angeles, I couldn’t help but notice how one particular song played in heavy rotation, lightning up the airwaves all hours of the day and night:  A song called “WHAT YOU KNOW BOUT LOVE” by a young man named Bashar Jackson, but you would know him as “Pop Smoke”.  Yes,, this Pop Smoke is the same 20 year old Brooklyn rapper who’s life unfortunately ended inches before his music career began to really percolate.
Which also means Pop Smoke would never have the pleasure of hearing his smash hit single (from his posthumously released debut studio album SHOOT FOR THE STARS, AIM FOR THE MOON) play over and over on his car radio.  By now we all know that Pop Smoke was murdered, via home invasion by five men in hoodies, during the wee hours of  February 19, 2020 at a rental home in the Hollywood Hills.  The unsettling part of this is this murder could have been avoided — moreover, Pop Smoke himself seemed to unintentionally aid and abet his own deadly demise due to his social media usage, or I should say, due to his critical social media mistake.
The day before his murder, Pop Smoke and his buddy had posted several self-promotion-related images on social media, including one image in which the exact address  of his rental home could be clearly seen in the background.  Little would Pop know that blasting his whereabouts in this way was almost the equivalent of giving his perpetrators a direct invite to the sanctuary of his vacation home.
Which brings us to today’s topic:  Social media can be our best friend or worst foe, depending on how we use it, and depending on how shrewd and careful we are before hitting that send button.

Does this mean that posting pics from your white-sand vacation or posting details  about your epic plans for an upcoming weekend can be detrimental to your well-being?…Damn right it does!

Whether you’re announcing your “check-in” at your fave fancy restaurant or posting photos from your lazy day at the beach,  or posting from a concert in progress, or cyber-bragging about that new piece of art work and jewelry you bought, or that high-end sound system you just installed…once you put it out in the cyberspace, you relinquish control…and safety. Sure, checking in or tagging your location in pics can be fun and sexy, but doing so is also the equivalent of pulling out a bull-horn and declaring your whereabouts to the general public — which unfortunately includes the bad guys (and girls) standing by with sinister intentions.

Consider this a friendly reminder from the hip-hop-cop to use common sense and caution when it comes to your social media usage and postings.  Also, be sure your check-ins are only shared with a select group of trusted friends rather than publicly displayed.  It’s also a good rule of thumb to post about certain events or trips “after-the-fact” (as opposed to before or during) so as to avoid leaving real-time clues for criminals to implement against you and/or your possessions.

While I hate to sound like a social media hall monitor, rest assured that the last thing you want is for your any-given social media usage to amount to a  momentous social mistake which, like in Pop Smoke’s case, can never be undone. 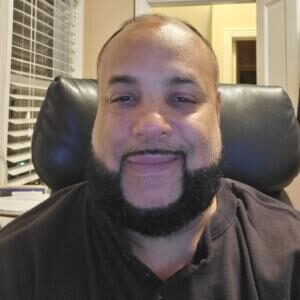 THE COMPANY YOU KEEP 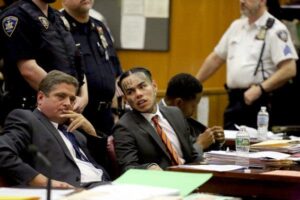 With the upcoming release of Tekashi 69 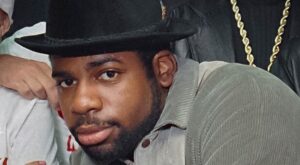